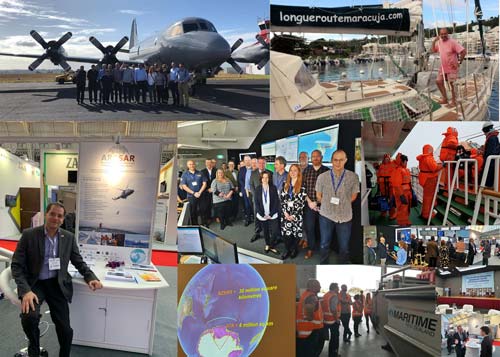 We at ARCSAR are aware of the COVID-19 pandemic that spread throughout the world and are carefully monitoring the situation and the impact it has in the Arctic. With that said we also share the concern of the public health and of our members, therefore while the project continues as normally, all upcoming open events are postponed until further notice. We would like to share with you a collection of brief resumes created by The Barents Observer’s media partner, Eye on the Arctic. This is a great way to stay informed how different governments in the region are tackling the situation. Here are the latest updates.

On October 17-th the first External Advisory Board (EAB) meeting was held at Gardermoen airport in Oslo. A total of 7 from the EAB attended, in addition to the coordinator (JRCC NN) and three of the WP-leaders (JRCC I, UP and LAUREA). The network of external partners/associated partners is growing, counting around 80 + institutions thus far. All associated partners are specially invited to join open ARCSAR events and have access to the ARCSAR Innovation Arena.

ARCSAR has been active in several events such as the Arctic Shipping Summit in Hamburg, Germany, the International Emergency Management Society (TIEMS.org) annual conference in Goyang, Korea and several other workshops and informative sessions held in Norway and other partner countries.

ARCSAR also was present at the International Security Expo, London in December 2019. We are glad to have interacted and exchanged ideas and discussions with so many participants ranging from professionals in security, government agencies, consultants, academics and so on.

It was also a great opportunity to network with several other EU funded projects that are operating in the same domain. During these discussions, we were able to learn a lot from other projects about potential solutions to ARCSAR as discovered during our research and the Innovation Arena.

Our partners engaged in several exercises and live rescue activities.  ARCSAR observed the M/S Gann Mass Rescue Operation Exercise, outside Bodø, Norway. This exercise was lead by ARCSAR partner Maritimt Forum Nord. Over 100 pax evacuated in two lifeboats and one liferaft. Testing space limitations in the lifeboats as all pax were carrying polar code rescue equipment according to the regulations. (IMAGE) Lessons learned from these incidents are taken as case examples in workshops and exercises in order to improve each time SAR and Oil spill activities.

During the past months, two policy briefs have been published tackling the latest findings in the project as well as the current needs and challenges that require more focus.

A short video about ARCSAR

You spoke and we listened! During November 2019 – January 2020 , Based on your feedback, the Innovation Arena received a complete redesign to the interface as well as a number of features. Innovation Arena now is semi-public – in other words, visitors no longer need to create accounts in order to read challenges, ideas and discussions in the platform. However, a user account is still required in order to engage and interact with the site content and users. From now on minimum information is asked at the registration point and we have introduced a better spam filtering system and overall improved security. Social sharing is also implemented and now users are encouraged to share content with others outside the project. These updates were performed in order to facilitate better information sharing and increase the overall innovation potential.

Visit the I.A. at https://arcsar-innovation.eu.

The beginning of the year was characterized with the second Innovation and knowledge exchange event held in Wellington, Auckland. New Zealand on 24-27 February, 2020. The event was named: From Antarctic to Arctic: Seminar on innovations and solutions for coordination and emergency response in remote areas. The aim of the seminar was to highlight experiences, best practice and shared knowledge from the Antarctic to the Arctic, and vice versa. Participants included representatives from practitioners, professionals, the industry and academia. The seminar covered a range of topics, among others: 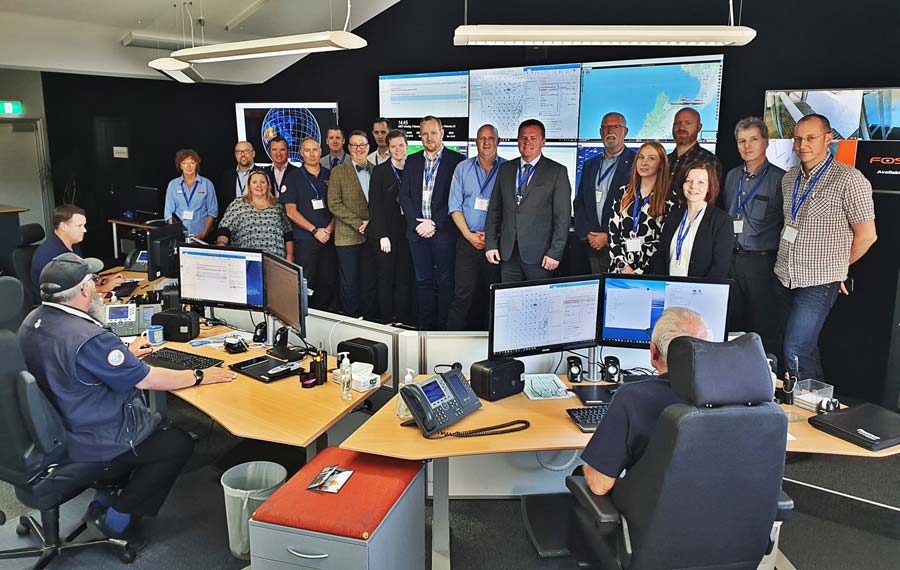 Several presenters at the event highlighted the importance of relations and communication as the key to incident response. There are a number of actors having a role in Antarctica, and each agency has different information that is needed to get a broad picture of various incidents. Thus, they all work closely and focus on being coordinated both before, during and after the season.

During this event coincidentally a distress call was received form a capsized yacht taking in water to which the Rescue Coordination Centre NZ in close cooperation with the French Maritime Rescue Coordination Centre, deployed a Royal New Zealand Air Force P3 Orion at the scene. The P3 Orion was able to drop a package of essential supplies, including a life-raft, food, water and a radio. This goes to show that the need for strong collaboration of all SAR and oil spill response actors is paramount in these situations. 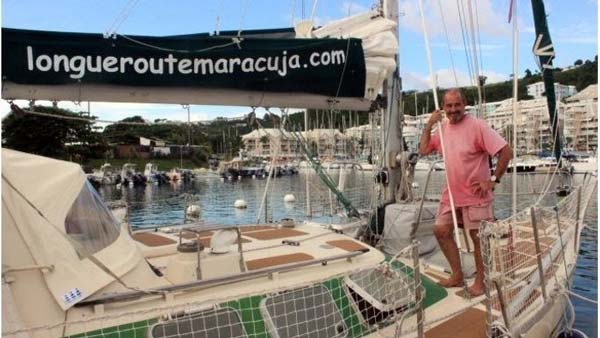 Search and rescue (SAR) in New Zealand and Antarctica

New Zealand’s SAR region is 30 million km2, whereof 6 million km2 is in Antarctica. In New Zealand, the responsibility for SAR-incidents is divided between the police and RCCNZ, while a range of other organizations also assist when needed. Among important partners, the contact and communication with the Maori, the indigenous people of New Zealand, is highlighted as important for decision making in incident response.

A visit to the Royal New Zealand Air Force Base in Whenuapai, Auckland

showed the participants how military aircrafts are crucial for SAR operations in the Antarctica. The 5th squadron, consisting of six P3 Orion aircrafts, can drop emergency supplies such as life rafts and survival kits or assist in searching. Today, they mostly do patrolling in the Antarctica.

New Zealand’s oil spill response is based in Auckland because of the closeness to the Whenuapai Air Force Base and the closeness to many of the manufacturers of equipment. The Maritime Pollution Response Service (MPRS) is responsible for oil spill response at the regional and national levels, among others to maintain equipment and for training. Most lot of the response force at the regional level are volunteers. In an off-shore oil spill, the governmental agency will take lead and coordinate the response, while the industry will provide the immediate on-scene response.

ARCSAR is planning to organise an Arctic Innovation workshop, involving the ARCSAR university partners and students, with the main goal to engage students in a race for best innovative ideas and solutions offered towards ARCSAR identified gaps and challenges. The best idea will of course be receiving a reward which will be agreed later on. The event is still on the planning phase and more information will follow as we progress.

ARCSAR is planning to conduct a live ‘Cruise Ship Catastrophe’ exercise based on a ‘major fire on board’ incident in the polar region. The exercise is planned to take place in the year 2021 in Svalbard area and will take several days to complete. This represents a worst-case scenario for the cruise sector and the emergency and security services. Such an incident would require rapid evacuation of large numbers of people, in an extremely remote area, on to ice in a cold climate, requiring specialised survival gear and equipment, with significant limitations on survival time, and a requirement for cooperation between practitioners across functions, borders, and countries. Follow our social media and website to stay updated on this.

Tweets by ARCSARNETWORK
Please enter the Page ID of the Facebook feed you'd like to display. You can do this in either the Custom Facebook Feed plugin settings or in the shortcode itself. For example, [custom-facebook-feed id=YOUR_PAGE_ID_HERE].