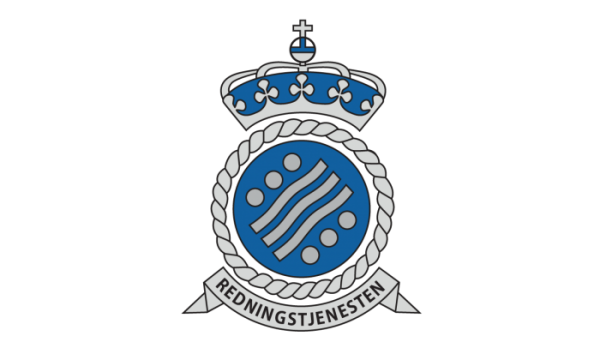 Norwegian rescue services are carried out through cooperation between government agencies, voluntary organizations and private companies who have resources appropriate for rescue services The Joint Rescue Coordination Centres are organized directly underneath the Ministry of Justice and Public Security, and have the overall operational responsibility during search and rescue operations. The operations are coordinated either directly from one of two Joint Rescue Coordination Centres (JRCC) which are situated in Bodø and in Stavanger, or through one of 28 rescue sub centres (RSC). The border between the counties Nord-Trøndelag and Nordland, at 65 degrees north, also marks the border between the JRCC North-Norway (Bodo) and the JRCC South-Norway. The Norwegian Search and Rescue (SAR) Service is a fully integrated set of services directed by a joint coordinating organization responsible for all types of rescue operations (sea, land and air). These services are performed through a cooperative effort involving government agencies, voluntary organizations and private enterprises. The area served by the Norwegian SAR Service is roughly equivalent to the Norwegian Flight Information Region (FIR) defined by the ICAO, with some modification in the North Sea to take account of the oil installations there. The southernmost point is at 57°N and the northernmost point at 90°N. The Greenwich Meridian chiefly defines the boundary to the west, and the easternmost boundary is off the coast of Varanger, 31 degrees 43 minutes east.

North-Norway lies in the Arctic, the land of the Midnight Sun, with mountains, glaciers, fjords and barren wastelands. The short summer can be warm, sunny and mild, but winter is dark, stormy, with violent winds, and bitter cold. Temperatures range from 35°C in summer to –50°C in winter. Ice and heavy snowfall can be a problem, and along some parts of the coast, storm winds can reach hurricane speeds. Some of the world's most forbidding seas are found off Norway’s coast, with violent storms, freezing temperatures as well as rain, snow and fog.

Most of the challenges dealt with by the Norwegian SAR Service arise out of the rugged topography and harsh climate, with extensive unpopulated areas on land and long distances at sea. Furthermore, heavy coastal shipping traffic, extensive commercial fishing, gigantic offshore oil and gas installations with frequent personnel and supply transport, substantial tourism and recreational activity on land and sea, often in difficult terrain or under demanding weather conditions. And last, but not least, natural disasters due to floods, high winds, landslides and avalanches.

The Norwegian SAR Service is a nationwide effort in which many contribute. All resources –whether national, regional, local, commercial or private – suitable for immediate deployment for

the saving of lives, are registered, trained and mobilized for duty in a public SAR service. In Norway, “search and rescue service” is an official designation denoting immediate response to an emergency to rescue persons from death or injury. Action to save property, production or the environment is not part of the Norwegian SAR Service’s mission, nor is preventive action within its scope of activity. However, experiences gained from SAR operations are systemized and shared with those responsible for prevention.

The principle of the cooperative organization is a prominent feature of the Norwegian SAR Service. In its Report No. 86 to the Parliament (1961-62), the Government emphasized that all government agencies must contribute whatever resources are both appropriate and available to SAR operations. When the current SAR Service was formed in 1970, all relevant government, commercial and voluntary agencies expressed their willingness to be included in this service. The cooperative model is based on a consensual relationship

All government agencies involved in SAR operations pay their own expenses from their ordinary budgets. Commercial enterprises are paid according to normal market rates. Voluntary organizations are reimbursed for direct outlays according to a schedule of rates. There are also a few highly-effective professional operations, such as the Air Force’s SAR

helicopter squadron, which maintain a constant high state of alertness in order to respond quickly to emergencies. The Norwegian SAR Service maintains an integrated coordination structure, which means that each joint rescue coordination center is prepared to handle land, sea or air operations, rescue operations on offshore oil or gas installations, as well as operations requiring

International cooperation. This gives us a cost effective, highly efficient system with little competition for resources and the best possible vantage point for supervision and command.

This arrangement is unique in the world.

The collective SAR management at the two rescue coordination centers and the rescue sub-centers, consisting of representatives from a number of government agencies together with the local chief of police, who is in overall command, leads and coordinates search and rescue operations within their respective areas. These principles, as well as the structure of the SAR service, are formulated in the Royal Decree of 19 June 2015. The coordination responsibilities of the police in accident and disaster situations in which human life or health are endangered are defined in Section 27 of the Police Act of 4 August 1995. We also find important provisions regarding search, rescue and ambulance operations in the Penal Code, the Civil Defence Act, the Home Guard Act, health and social security legislation, the Medical Practitioners Act, the Fire Protection Act, the Maritime Act, the Petroleum Act and the Coast Guard Act.

The Ministry of Justice and police is responsible for the administrative coordination of Norway’s SAR services. Operational coordination of the subordinate Rescue Sub-centres (RSCs) is handled by the police districts and the district under the Governor of Svalbard. The Air Traffic Control Service has specific duties, which they carry out in the initial stage of an alarm from an aircraft in distress. Ministerial responsibility for SAR is handled by the Rescue Service Unit in the Ministry’s Department of Civil Emergency and Rescue Planning, which was created in 1996.

The JRCCs for the two regions are located in Bodø in the north and Stavanger in the south. The chiefs of police in Rogaland and Nordland are the center chairmen, heading a joint rescue headship: the rescue management. In addition to the chief of police it consists of representatives from the Navy, the Air Force, the Air Traffic

The JRCCs also have permanently employed personnel for the day-to-day running of the centers and their manning around the clock. Each center has a Director, two SAR inspectors, 16 SAR Mission Coordinators (SMC) and up to three clerical assistants. A minimum of two rescue controllers are on duty round the clock. They deal with alarms and coordinate operations.

Happy New Year from the ARCSAR team. National Geographic has recently published this incredible story of the two polar explorers, traversing the Arctic ice cap in 2019. JRCC NN was following the expedition with close communication with the team and the Lance vessel. Due to global warming and changes in the sea ice, this same expedition will most likely never be repeated.www.nationalgeographic.com/adventure/2020/12/borge-ousland-mike-horn-epic-journey-across-north-pole/ ...

The untold story of the boldest polar expedition of modern times

Two of the greatest living polar explorers went to investigate the extent of the melting Arctic for themselves. It almost killed them.
View on Facebook
· Share

The ARCSAR Network and the coordinator JRCC Norway are wishing you all a Merry Christmas and a Happy New Year ...

For the fifth year in a row, the Arctic expedition cruise industry, search and rescue sector and academia gathered for a joint tabletop exercise. This year, the exercise was organized as a fully virtual event, gathering nearly 130 participants from across the world. The event is organized by AECO - Association of Arctic Expedition Cruise Operators, Landhelgisgæsla Íslands/Icelandic Coast Guard and the Joint Rescue Coordination Centre in Northern Norway (JRCC NN) under the umbrella of ARCSAR, with funding from the European Union's Horizon 2020 research and innovation programme.www.aeco.no/2020/12/joint-arctic-sar-ttx-2020/ ...